Housing In Ghana: The Crisis, The Statistics, The Solutions-Part 2 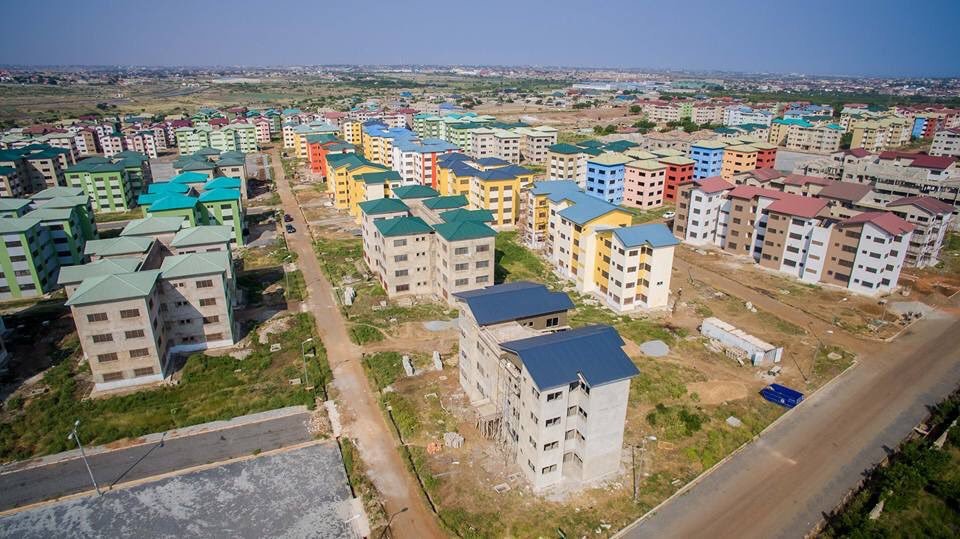 The mid-1990s to the present can be described as the post-structural adjustment and globalization era. Government’s policy on housing over the period remained largely the same as from the ERP/SAP era, with greater emphasis on the private sector participation in housing delivery.

However, ISSER (2013) has argued that the private sector is unlikely to provide housing for poor and low-income groups without appropriate incentives to the sector.

This is because the private sector has never played any meaningful role in housing delivery for the
urban poor (ISSER 2008). The multiplicity of sectors and sub-sectors related to housing such as land, land use planning, development control, finance, construction, etc., indicates that, there would be various institutions and agencies involved in the housing sector.

In all, the Ministry of Water Resources, Works and Housing (MWRWH) is responsible for housing policy, but this
function is placed under one of the eight directorates of the Ministry, referred to as the Housing Policy Directorate, which lacks technical capacity. Besides the weak institutional framework for housing, Ghana’s legal landscape is replete with numerous and sometimes outdated laws on land ownership and management, land use planning, development controls, housing financing and mortgage, construction, rent charges, etc., which have direct and
indirect impact on housing delivery.

The market for land in Ghana is highly unorganized. Information about who owns what piece of land is not readily available and the legal and administrative systems for transferring titles are cumbersome. These features have serious repercussions on housing supply.

Currently, property transactions are slow and costly, and financial institutions are unwilling to extend
credit to property holders without clear title.

More importantly, the country presents a complex mix of constitutional and legislative sources as the basis for land governance, which is a microcosm of the different tenure  systems currently in operation – formal and informal. Managing these systems to ensure security of tenure for developers’ present challenges, especially on the issue of conflicts where allodia title is normally contested by different entities claiming ownership of the same
piece of land.

Historically, the acquisition of land for development purpose was through the donation of drink money. However, in recent years, rapid urbanization and increasing land scarcity have made the commercialization of land a normal practice and indeed made land a tradable commodity.

Increasing land prices has translated into increasing rental costs and housing prices, especially in metropolitan centres. The survey of housing types and values undertaken by the Rent Control Department reveals the extent of the ‘dollarization’ of the rental market and its impact on prices and access, resulting in increasing numbers of the population confiding themselves to fourth class residential areas largely dominated by compound houses
(single bedrooms and chamber/halls) with shared facilities (toilet, bathroom, and kitchen). Even in these places, the monthly rental charge could be as high as US$70 per month (excluding utility charges) with 2-3 years of rent advance payment.

The challenges with the land market and high rental charges of which are beyond the income of many Ghanaians has resulted in increasing incidence of slums and informal settlements, especially in major metropolitan areas notably, Accra and Kumasi. In these large towns and cities, where the search for better livelihood has led to the congregation of most people, and with poverty as the principal reason for migrating, settling in informal areas becomes a necessary condition as access to land and housing in the city is almost dictated by one’s financial ability to pay.

Rising land and housing prices, congestion and poor sanitation and waste management within inner city areas as well as weak development controls are resulting in uncontrolled city expansion and spread.

Demand and Supply of Housing
Understanding the interplay of the drivers of the demand and supply of housing is critical towards addressing any shortfall in housing. Consequently, where there are challenges, the supply side in broad terms is usually constrained by poor policy environment (e.g. control of rents and prices of land and building materials) and weak institutional framework.

While the imposition of price controls are aimed at making housing affordable, they have the unintended consequences of demotivating developers from investing in the sector, which in the long term impacts negatively on the poor as new housing are seldom developed leading to hikes in rents due to housing shortage.

In fact, Ghana’s current housing shortage is partly blamed on the policy of rent control and the general price control regime imposed throughout the 1970s through the early 1980s.

This Report reveals that overall, national cumulative housing deficit seems to have peaked at about 970,000 units in 2000 and then declined to a little over 717,000 when the deficit is computed on the basis of 6-persons per household per 2-bedroom unit.

However, when the cumulated deficit is calculated on the basis of 4-persons per household per 2-bedroom unit, it increases from over 2.5 million in 2000 to 2.7 million in 2010, a relatively smaller increase than previous decades.

Similar trends are observed for the regions and the different city sizes. However, these computations do not take into account the number of shelters which do not have adequate facilities to be habitable and those requiring repairs or renovation before use, as these housing conditions are not captured by the population and housing censuses and other national surveys. If these are taken into account, the deficit would be larger than computed.

Overall, following national trend as of 2010, the housing deficits across all the regions and different city sizes appear to be declining or increasing at a slower pace compared to previous decades. With the exception of semi-detached houses, flats/apartments, and compound houses, all other types of houses can be described as unofficial and unapproved as they are not captured in Ghana’s building codes and regulations. Nevertheless, these officially unapproved dwelling units which include huts, tents, kiosk/container, etc. are used as living places, especially in informal areas of urban centres.

More importantly, these unapproved dwelling places are officially included and counted as part of the country’s housing stock.

For the first time in Ghana’s history, there were more houses in urban areas than rural areas: from 47.2 percent in 2000 to 55.8 percent in 2010. This reflects the shift of the population from rural to urban. In terms of the housing types, there was a significant increase in the proportion of all housing types in the Metropolitan and Municipal Assemblies compared to the rural District Assemblies. Of significance here, is compound housing, which is very
popular among the poor and low-income households as rent tends to be low and affordable.

Data from the 2010 PHC indicate that compound housing recorded the highest annual growth rate of 5.5 percent for the period 2000 to 2010. This is significant given the fact that analysis of the growth in housing types over the 1984 to 2000 period has indicated a drastic reduction in this type of housing (Grant 2009).

The growth rate of compound houses was even more impressive for the large cities, Accra, Kumasi, Tema and Sekondi-Takoradi, where access to housing by the poor and low-income groups is widely viewed as more challenging (World Bank 2014).

The materials used in the construction of a house give indications of not only the durability and the cost of the house but also, the health and socio-economic status of the residents or occupants. Therefore, a consistent improvement in the materials used in majority of housing units over time reflects an improvement in the living standards and well-being of the population.

However, the type of building materials used in housing construction is dependent on the cost and availability, and the ability of the people to pay for the cost of a given material. This Report reveals that local and poor quality building materials such as mud bricks/earth, bamboo and leaf/thatch are extensively used in rural Ghana for
construction of dwellings, including the floor, outer wall and roof.

On the other hand, urban households tend to build with expensive and durable materials, many of which are imported from outside Ghana. The differences in the type of housing between rural and urban areas is partly due to the strict enforcement of the country’s building codes and regulations which strictly forbid the use of local materials such as earth in urban areas; the relatively high purchasing power of the urban population and; the influence of foreign designs and architecture of urban housing. 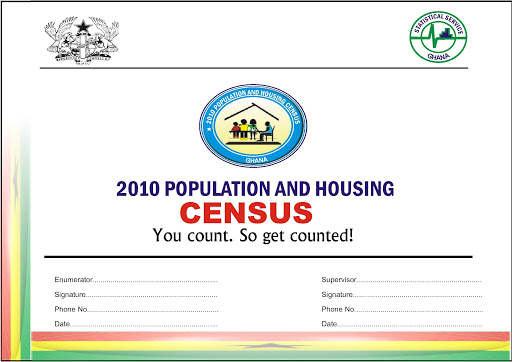 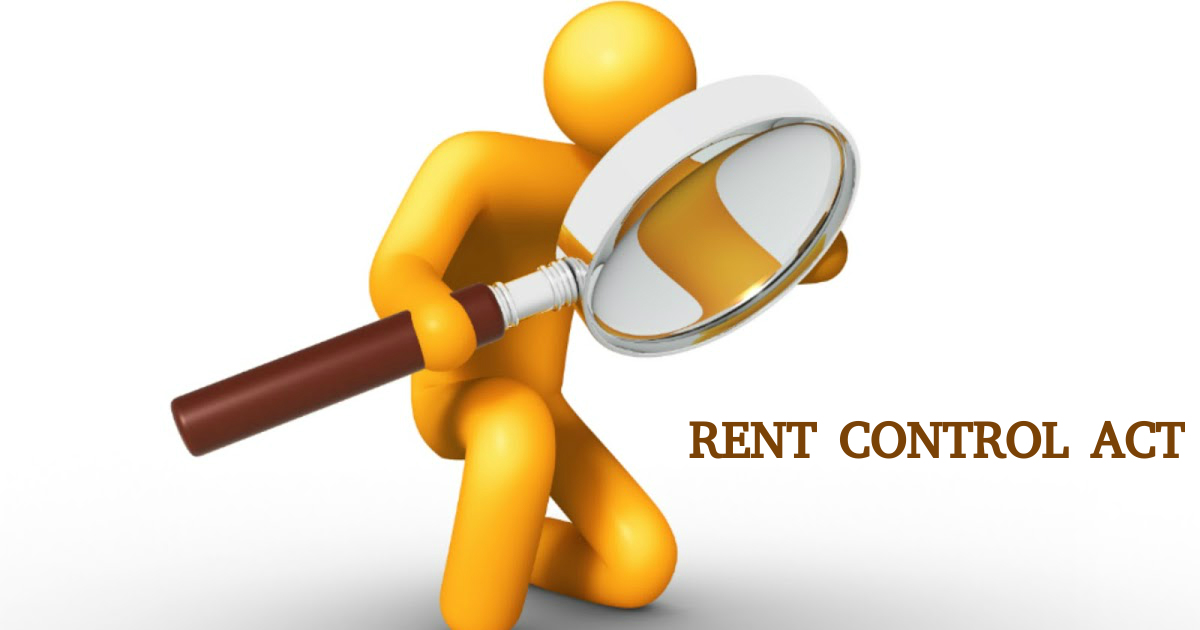 Section – 1 – Application Of Act, Etc. (1) Subject to the provisions of subsection (2),...
Continue reading
by Rentchamber 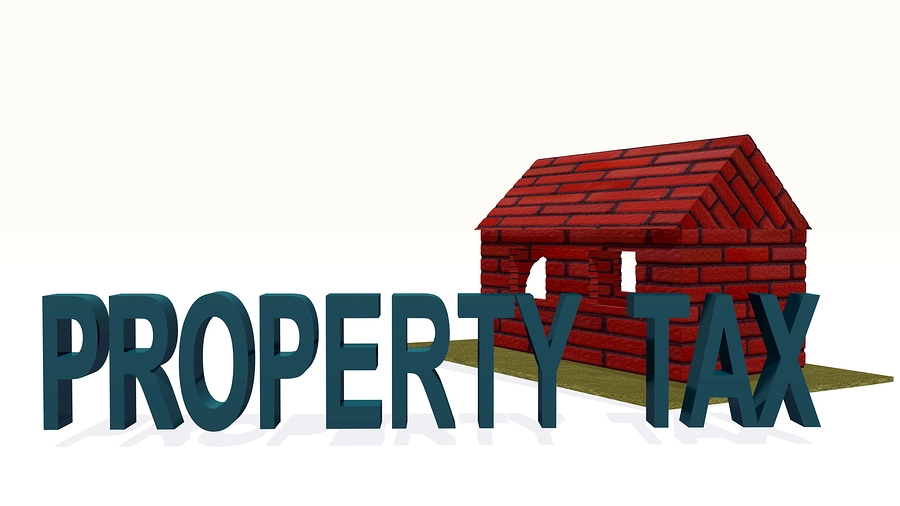 Property rates and rent taxes will soon be reviewed to reflect their current economic value, Dr...
Continue reading
by Rentchamber